Though the yield is moderate it does flower quickly for the grower who knows what they are doing. The Hell Bush strain lays claims that it is highly useful in treatment of Parkinson’s disease, anorexia pain, simple pain relief, muscle spasms, swelling, migraines and nausea.

This attractive weed gives a balanced, earthy, fruity and musky flavor. It can be grown indoors or outdoors and the growing level is intermediate. If you are licensed and plan on growing this medical marijuana strain you should pick up this book and get all the facts you need to know about growing the Hell Bush strain. 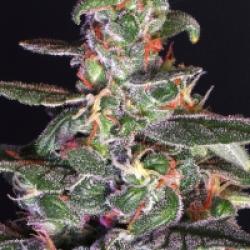 Now you can own Hell Bush marijuana strain cannabis seeds and have them delivered discretely right to your door. Get the lowest price and get extra free seeds with your order!
Buy Hell Bush Marijuana Strain Seeds