Growing hemp in the US at one time was thought of as the billion dollar crop. That is, until the very notion of growing hemp made some other markets shaken and nervous.
You would think that some industries would drop their old methods ways and means to embrace this product. Not only would these pillars of industry have been known to be environmentally friendly but they would have been giants in their field… not the moneyraking scumbags they are known of today.

There has been common misconception about hemp versus other products now made in the United States. Where once we used to rely on the production of hemp, now it’s outlawed. As well, once it was illegal to “NOT” grow hemp. The book by Jack Herer, The Emperor Wears no Clothes, goes deep into the history of hemp and how it was used and why.

The book also details why growing hemp was outlawed, which is not a real shocker as we look at some of our politicians today taking bribes, campaign contribution and handouts from special interest groups.

Make the most you can of the Indian hemp seed and sow it everywhere.
– President George Washington, 1794

What Mercedes and other vehicle manufacturers are doing now was done by Henry Ford back in the late 1930’s. Making body parts out from vendors growing hemp. Henry Ford made his hemp car and even tried to market it. But, with marijuana and hemp growing prohibition the idea quickly faded.

Why use up the forests which were centuries in the making and the mines which required ages to lay down, if we can get the equivalent of forest and mineral products in the annual growth of the hemp fields?
– Henry Ford, Automaker, 1941 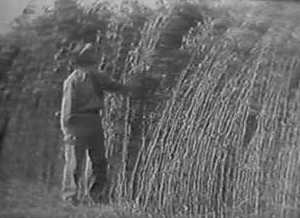 Growing Hemp in the US Used to Be Legal

It’s true, growing hemp less than 80 years ago used to be perfectly legal. The hemp plant was grown for use to make hemp seed oil, rope, textiles, paper, etc. While growing hemp for industrial use is low in THC, most people commonly refer to hemp as “marijuana” and is thought of as a recreational product.

Another hemp fact; in 1942 the U.S. Department of Agriculture created a film called “Hemp For Victory” which was used to teach farmers about growing hemp for WWII war effort. Drug tax stamps were even created for farmers who were growing hemp. 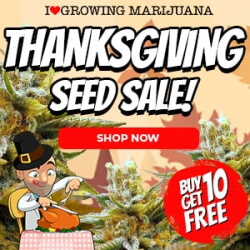