If medical marijuana relieves patients from certain ailments, what will this mean for patients who want marijuana legalization in their state? If you read this article you probably live in a state where medical marijuana legalization has been adopted by the state laws. But it is worth mentioning that no matter what situation has brought you to be found possessing weed, you may still be subject to legal punishment unless you prove that you needed it for medical purposes. One such purpose can indeed be that your use of medical marijuana relieves your panic attacks and reduces your anxiety. These two states of mind that are hard to deal with.

Anxiety, for starters, is a state that only brings an inner agitation that is usually accompanied by nervous behavior. It is something that you feel on the inside of your being as a result of something that is subjectively seen as a threat. For this reason, anxiety doesn’t appear as a normal reaction and one can imagine how stressful it can be for a person to bear this feeling within. Some researchers that we have read about believe that medical marijuana relieves and calms patients with anxiety. Some researchers believe medical marijuana relieves patients from certain ailments, but what are they?

For those experiencing this state of mind it can be very hard to deal with everyday tasks, let alone to maintain a solid and peaceful relationship. Occasionally smoking medical marijuana relieves the body of this stress. It also helps if there is a doctor’s prescription written in your name. It can not only let you get rid of those unpleasant inner states of mind but it also allows you to move on with your life at a normal level and rhythm.

Those who are regular weed users have already understood that marijuana can be found under various types but there are basically two main types: Indica and Sativa. Each weed strain comes with their own effects to relieve ailments. Indica is for chilling out and calming one’s agitated senses and Sativa is for stimulating the cerebral activity. At the same time Sativa can bring a sense of immediate calming while the mind is left clear enough to go on with the daily activities. Medical marijuana relieves a patient better we imagine when using a Sativa strain weed. 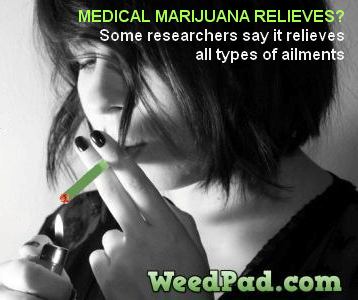 When you consider using medical marijuana for panic attacks, then you may be already familiar with the onset of fear and apprehension, states of mind that manifest all of a sudden and can last between 10 minutes to longer period of time. Panic attacks come as a result of a situation occurring to the sufferer at which point this one wants to escape of. If the sufferer cannot escape from it, they can easily slide into frantic efforts that may become violent if someone attempts to hold back the sufferer.

It is true that the use of medical marijuana for these states of mind only brings a temporary relief due to the active THC that is contained in the drug. Not to mention that the effects of the weed gradually fade away leaving the sufferer back to the state where they have started from. Many sufferers agree with this as well, but even so, they still prefer having the choice that medical marijuana relieves so long as this one allows them to function (even if it is for a short while) as normal persons.

The solution here would be to start dealing with these problems in a way that allows you to get permanently rid of them. Resorting to the temporary relief is definitely not the way to go around things, because once the relief is over, you will be back from where you started.

There are as well several side effects that you may want to pay attention to: the possibility of destroying your lungs and the certainty that brain cells are damaged with every smoke you take in. Of course, that you can try the other way, by using a vaporizer, or ingesting medical marijuana while cooked with foods, such as baking brownies, pies and drinking it from turning it into teas. Another side effect that some ex-users claim to have experienced is the enhanced paranoid feelings growing inside their mind.

At this point I can only say that these ‘adjacent’ feelings are only the result of having them accentuated because a person already has them within. Taking the drug will only enhance them so long as they have been already inside. Weed will outline what a person has already within, be this a predisposition to being fearful, or being paranoid or God knows what other ‘demons’ a person’s ego may confront with.

Bottom line: the best thing to treat anxiety and panic attacks is to reach for those methods that can make you confront your own fears. Maybe only medical marijuana relieves these symptoms for you? There are many forms of cognitive treatments offering you safer paths to open up and bring peace to your own being. The object for you would be to do your own due diligence on the matters of your well being.

Trackback from your site. 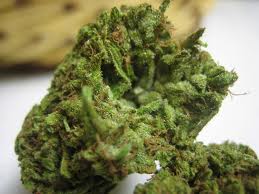 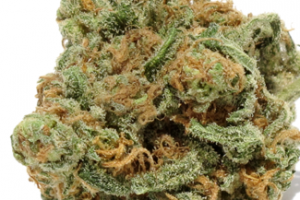 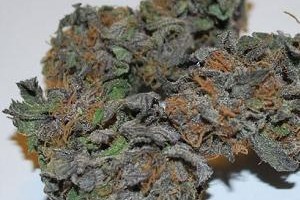 Nervous About Your Drug Test?

There are currently 0 items in your cart.
View Cart